Black birthing people currently die from childbirth-related causes at 3 to 4 times the rate of their white counterparts. This rate has not changed for almost 6 decades. Black birthing people’s mortality/morbidity is a result of ongoing systemic racism and oppression.

In New York City, Black birthing people are dying at an alarming rate of 12 times higher than their white counterparts. The crisis is real, it’s been real, and positive change is needed. 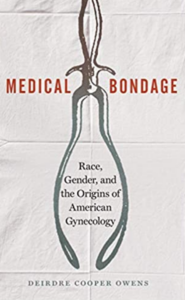 Medical Bondage moves between southern plantations and northern urban centers to reveal how nineteenth-century American ideas about race, health, and status influenced doctor-patient relationships in sites of healing like slave cabins, medical colleges, and hospitals. It also retells the story of black enslaved women and of Irish immigrant women from the perspective of these exploited groups and thus restores for us a picture of their lives. 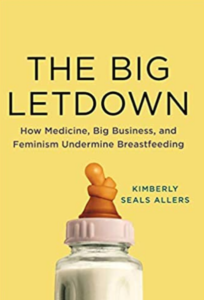 The Big Letdown uncovers the multibillion-dollar forces battling to replace mothers' milk and the failure of the medical establishment to protect infant health. Weaving together research and personal stories with original reporting on medicine, big pharma, and hospitals, Kimberly Seals Allers shows how mothers and babies have been abandoned by all the forces that should be supporting families from the start--and what we can do to help. 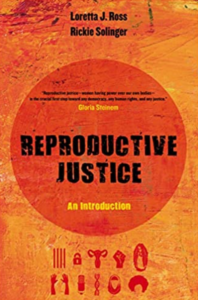 Loretta J. Ross and Rickie Solinger put the lives and lived experience of women of color at the center of the book and use a human rights analysis to show how the discussion around reproductive justice differs significantly from the pro-choice/anti-abortion debates that have long dominated the headlines and mainstream political conflict. Reproductive Justice provides an essential guide to understanding and mobilizing around women’s human rights in the twenty-first century. 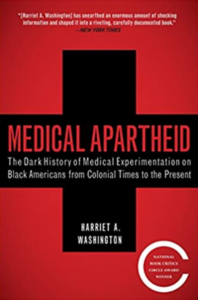 From the era of slavery to the present day, starting with the earliest encounters between Black Americans and Western medical researchers and the racist pseudoscience that resulted, Medical Apartheid details the ways both slaves and freedmen were used in hospitals for experiments conducted without their knowledge—a tradition that continues today within some black populations.

Medical Apartheid: The Dark History of Medical Experimentation on Black Americans from Colonial Times to the Present, by Harriet A. Washington
“ 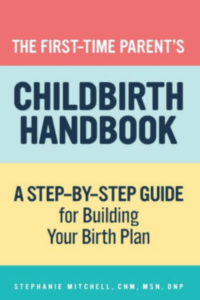 Welcoming a new baby is an exciting and joyous time, but it’s natural to be nervous about getting everything ready. The First-Time Parent’s Childbirth Handbook empowers you with answers for all your burning questions about giving birth and the days before and after, with space to build a custom birth plan that matches your values and comfort level.

The First-Time Parent's Childbirth Handbook: A Step-by-Step Guide for Building Your Birth Plan, by Stephanie Mitchell
Urge Congress To Support

Birth Queen is growing! Sign up to stay connected.